Why is injection-free insulin delivery attractive and what are the challenges?

Alternative routes of insulin administration are an attractive and important area of study. Efficient injection-free insulin administration could have considerable pharmacological advantages as insulin absorption via the mouth, lungs, skin, gastrointestinal tract or peritoneum is faster than via the subcutaneous depot. It is hoped that this fast absorption will mimic the first-phase insulin secretion seen in healthy people after a glucose challenge.
Furthermore, oral or intraperitoneal administration has a stronger and more physiological insulin effect on the liver than on the periphery. A faster-acting profile combined with less pronounced peripheral insulinemia should also reduce the risk of hypoglycemia and result in less weight gain.

Despite the convenience to diabetes patients and the pharmacological advantages of alternate routes of insulin administration, only insulin absorbed via the lung or intraperitoneum has been commercialized. The main challenges to overcome are low absorption, which necessitates high dosages, and variable absorption, which means that the glucose level may reduce by a greater or lesser degree than desired, resulting in a higher risk of hypo- or hyperglycemia.
In insulin clinical trials with oral, inhaled and intradermal delivery, Profil investigates the critical parameters and variables for early-phase development such as bioavailability, biopotency, inter- and intravariability, timing of dosing and the potential food effect. 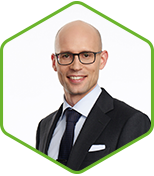 What are the benefits and challenges related to oral insulin?

Profil is involved in insulin clinical trials looking at alternative routes of administration, including oral and inhalation. Our trials focus on critical parameters for drugs that may provide physiological insulin delivery that is faster and reduces the risk of adverse effects on the metabolism.