Consult with Profil about your pharmacodynamic study design.

Pharmacodynamics (PD) describes the biochemical and physiological effects of a medicinal drug after its administration. The dose–response relationship between pharmacokinetics and pharmacodynamic effects (e.g., linear vs. non-linear dose effects) plays a central role in understanding the specific characteristics of a drug and determining parameters such as therapeutic dose, therapeutic window, tolerability and safety.
The design of a pharmacodynamic study depends primarily on the mode of action and if a surrogate marker can be determined and quantified. The pharmacodynamic response of an insulin formulation is primarily measured using a euglycemic glucose clamp examination, generally alongside pharmacokinetic assessments. The glucose infusion rate (GIR) represents the surrogate marker of the respective insulin pharmacodynamics. The GIR profile provides endpoints such as the maximal glucose lowering effect (GIRmax), onset and duration of action and biological efficacy as determined by the total area under the GIR curve (AUC-GIR). Factors such as route of administration, drug concentration, volume of injectable drug, temperature and level of physical exercise can influence the distribution of a drug in the body over time and subsequently influence its pharmacodynamic response.
Profil is highly experienced in conducting pharmacodynamics trials, particularly with regard to the euglycemic clamp procedure. Profil helps to design customized early pharmacodynamic trials and can answer all your specific scientific questions.
Read more about euglycemic hyperinsulinemic glucose clamps, the gold standard for measuring insulin pharmacodynamics offered at Profil. 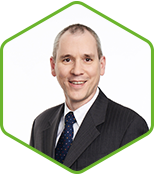 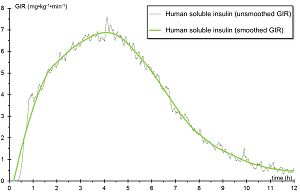 Insulin pharmacodynamics is an important part of clinical trials on insulin formulations. Profil can support you with all your pharmacodynamics study needs, performing all of the necessary experiments, including euglycemic glucose clamp procedures, and customizing the trial to suit any special demands you may have.