Learn about the different types of diabetes.

The diagnosis and classification of diabetes

According to the American Diabetes Association's  (ADA) most recent guidelines, diabetes may be diagnosed if the patient meets any one of the following criteria:
The ADA classifies diabetes as follows:

Type 1 diabetes accounts for 5-10% of diabetes and is due to cell-mediated autoimmune destruction of the pancreatic β-cells, usually leading to absolute insulin deficiency. The rate of β-cell destruction varies, but it tends to be rapid in infants and children, who may present with ketoacidosis as the first manifestation, and predominantly slow in adults.
One or more of the following autoimmune markers are present in people with type 1 diabetes: islet cell autoantibodies, autoantibodies to insulin and or GAD (GAD65), autoantibodies to the tyrosine phosphatases IA-2 and IA-2β, and autoantibodies to zinc transporter 8 (ZnT8). There is a strong association to the human leucocyte antigen (HLA) system with a linkage to specific genes (DQA and DQB). The autoimmune destruction of the β-cells has multiple genetic predispositions and a positive correlation with environmental factors has been shown.
Type 1 diabetes commonly occurs in childhood and adolescence, but it can develop at any age. In adult-onset autoimmune diabetes, the metabolic changes at diagnosis reflect a broad phenotype, ranging from diabetic ketoacidosis to mild non-insulin-requiring diabetes, also known as latent autoimmune diabetes of the adult (LADA). Although associated with the same genetic and immunological features as childhood-onset type 1 diabetes, LADA also shares some genetic features with type 2 diabetes.
Patients with type 1 diabetes are susceptible to other autoimmune disorders, such as Graves’ disease and Hashimoto’s thyroiditis.
One cornerstone example of a type 1 diabetes clinical trial is the Diabetes Control and Complications Trial (DCCT), which included a follow-up study, the Epidemiology of Diabetes Interventions and Complications (EDIC). That compared the effects of standard control of blood glucose versus intensive control on diabetes complications.
Type 2 diabetes accounts for 90-95% of all diabetes cases and is due to a progressive insulin secretory defect on the background of insulin resistance. Thus, the insulin deficiency is usually relative rather than absolute and these individuals initially do not need an external source of insulin. Some patients do not need it at any stage.

Most type 2 diabetes patients are obese and insulin resistant. Overt diabetes occurs when the beta cells can't mee tthe increased demand for insulin anymore. In fact, the risk of developing type 2 diabetes increases with age and correlates with obesity and a sedentary lifestyle. While a genetic predisposition is known to be strong—even stronger than with type 1 diabetes—the genetics of type 2 diabetes is only poorly understood. There is no autoimmune destruction of β-cells and ketoacidosis rarely occurs. Many people remain undiagnosed for years because of the slow progression of hyperglycemia and absence of classic diabetes symptoms. Nevertheless, patients are at increased risk of macro- or microvascular complications. Type 2 diabetes frequently is associated with metabolic syndrome, which presents with abdominal obesity, hypertension, lipid metabolism disorder and insulin resistance.
The United Kingdom Prospective Diabetes Study (UKPDS) was a milestone type 2 diabetes clinical trial. It compared intensive blood glucose control with sulphonylureas or insulin to conventional treatment and risk of complications in patients with type 2 diabetes.
In the last 10 years, there has been a drastic increase in the incidence and prevalence of type 2 diabetes in children and adolescents. The ADA and the Pediatric Endocrine Society have collaborated to create a guideline for the treatment of type 2 diabetes in children, with metformin, diet and exercise remaining the cornerstones of therapy.

Gestational diabetes mellitus (GDM) was defined for a long time as any degree of glucose intolerance that was first recognized during pregnancy, regardless of any appearance before pregnancy or persistence afterward.
The Hyperglycemia and Adverse Pregnancy Outcome (HAPO) study of about 25,000 pregnant women demonstrated that risk of adverse maternal, fetal and neonatal outcomes continuously increased as a function of maternal glycemia at 24–28 weeks, even within ranges previously considered normal for pregnancy. There was no threshold for risk for most complications.
This led to revised criteria for the diagnosis of GDM, which can be accomplished with either a one-step 75-g OGTT or a two-step approach with a 50-g (non-fasting) screen followed by a 100-g OGTT for those who show a positive result. With the one-step strategy, the diagnosis of GDM is made when any of the following plasma glucose values are met or exceeded:

Other types of diabetes

Specific types of diabetes due to other causes include monogenic diabetes syndromes, such as neonatal diabetes or maturity-onset diabetes of the young (MODY); diseases of the exocrine pancreas, such as severe pancreatitis; cystic fibrosis; endocrinopathies; drug- or chemical-induced diabetes, such as in the treatment of HIV/AIDS or after organ transplantation; infections; rare forms of immune-mediated diabetes; and other genetic syndromes that are associated with diabetes.
Neonatal diabetes is diagnosed in the first 6 months of life and has been shown not to be typical autoimmune type 1 diabetes. It can be transient or permanent. MODY is characterized by impaired insulin secretion with no defects or only minimal defects in insulin action. It is inherited in an autosomal dominant pattern. If a child is diagnosed with diabetes in the first 6 months of life, genetic testing is indicated, also because this disease can often be treated with sulfonylureas. If a patient has a family history compatible with autosomal inherited diabetes over three generations and has negative autoantibodies, then a diagnosis of monogenic diabetes should be considered.
Cystic fibrosis-related diabetes is common in cystic fibrosis patients (20% of adolescents and 40–50% of adults). It worsens nutritional status, and contributes to more severe inflammatory lung disease and greater mortality, although the latter has improved by means of aggressive insulin therapy.
Learn more about Profil's expertise in the development of diabetes treatments. 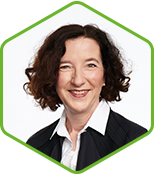