The role of incretins in diabetes treatment

The first incretin hormone identified was gastric inhibitory polypeptide (GIP), which is also referred to as glucose-dependent insulinotropic polypeptide. In the early 1980s, glucagon-like peptide (GLP‑1) was discovered as a proglucagon cleavage product produced in intestinal L cells.

GLP-1 is an incretin hormone with multiple glucoregulatory actions, including enhancement of glucose-dependent insulin secretion, suppression of inappropriately elevated glucagon secretion, slowing of gastric emptying, and reduction of food intake and body weight. Postprandial secretion of GLP-1 is reduced in patients with type 2 diabetes, suggesting that the GLP-1 signaling pathway is an attractive therapeutic target. However, GLP-1 is rapidly degraded by the enzyme dipeptidyl peptidase-IV and has a relatively short half-life.

The therapeutic potential of the GLP-1 pathway has led to the development of a class of compounds that share several glucoregulatory actions with GLP-1 but are resistant to dipeptidyl peptidase-IV degradation.

Profil was involved into the development of numerous GLP-1 receptor agonists over the last 15 years and Profil services supported several new GLP-1 drug developments from the early phase clinical trials up to marketing authorization.
Based on this specific experience Profil services will now help to support new drug developments exploring the synergistic metabolic benefits of simultaneous modulation of e.g. glucagon, GLP-1 and GIP receptors through a single-molecule. These novel dual-acting peptides have the potential to be an effective pharmacological approach targeting obesity and diabetes. 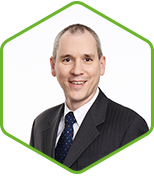