Profil board of shareholders

Meet the Board of Shareholders of Profil.

Scientific excellence is the core value of Profil

Profil has a long history of scientific excellence. The founders of Profil are very eager to keep this scientific spirit alive and remain available for the Profil team as mentor, CEO, and Lead Scientist of the company.

This setup not only ensures continuity in vision and strategy but it further builds and expands the scientific excellence of Profil Germany.

Read about the board of shareholders and their various active roles in the company. 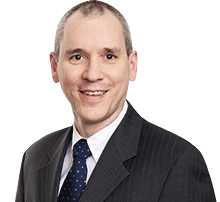 Chair of the Board of Directors

Dr. Heise has more than 25 years of experience in both clinical research and clinical care in diabetes and obesity. He has published well over 250 scientific papers and reviews with a focus on the pharmacology of insulin and anti-diabetic drugs. Dr Heise is a member of the Editorial Board for Diabetes, Obesity and Metabolism and he takes a strong interest in evidence-based medicine. Beside his role as Chair of the Board of Directors, Dr. Heise is Profil Germany's Lead Scientist, dedicating his creative power exclusively to Profil’s scientific excellence and leads all scientific activities of Profil Germany.

Spokesperson of the Board of Shareholders

Lutz Heinemann received his degree in Process Engineering in 1976, after which he studied biology at the University of Düsseldorf, until 1982. After three years as Assistant Professor in the Neurophysiology Department at Düsseldorf University, Professor Heinemann transitioned to the field of Internal Medicine. In 1999, Professor Heinemann co-founded Profil Germany where he was CEO until 2009. He is also a member of the German Diabetes Association (DDG), the European Association for the Study of Diabetes (EASD) and the American Diabetes Association (ADA). Prof. Heinemann has been the Managing Editor of the Journal of Diabetes Science and Technology. His scientific research is focused on insulin pharmacology and diabetes technology. Between 2010 and 2015, he acted as coordinator for the EU-funded project AP@home. 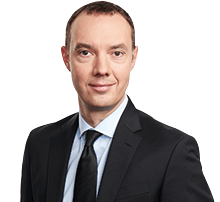 Dr. Kapitza has over 20 years of diabetes research experience in the development of drugs, devices and drug-device combination products. He has consulted in the clinical development plans (phase I through to post-marketing studies) of several new therapeutic entities. Dr. Kapitza has particular interest and expertise in the field of incretin hormones. Sascha Heckermann joined Profil in 2000 shortly after the inception of the company. From 2011 to 2016 he was CIO and since February 2016 he has been Chief Executive Officer of Profil Germany.
Read more

Profil Institut für Stoffwechselforschung GmbH is led by an executive team of scientists:  Leona Plum-Mörschel and Sascha Heckermann. They are involved in the day-to-day research at Profil Germany and they inspire and support their teams to give their best.