At Profil, we have successfully applied flow-mediated dilation (FMD) measurements in numerous clinical studies in order to demonstrate the effect of a new compound on endothelial function.

The methodology of flow-mediated dilation measurements

FMD measurement is generally performed with the subject in a supine position after 10 minutes of rest in a quiet and darkened environment at a temperature of approximately 22°C. A high-resolution ultrasound scanner with a 12.0-MHz linear array transducer is used. The brachial artery is scanned longitudinally just above the antecubital crease. To ensure good reproducibility of repeated measurements, anatomic markers are used. Scans of the artery are taken proximal to the antecubital fossa with the transducer held in the same position and angle throughout the procedure.
To assess endothelium-dependent vasodilation, baseline diameter recordings are obtained, after which arterial occlusion is performed by inflating a 12.5-cm wide forearm blood pressure cuff to above 200 mmHg for 5 minutes. The provoked ischemia causes dilation of downstream resistance vessels via autoregulatory mechanisms. Subsequent cuff deflation induces a short high-flow through the brachial artery, which is referred to as reactive hyperemia, to accommodate the dilated resistance vessels. The resulting increase in shear stress causes an increase in endothelium-derived nitric oxide, which leads to dilation of the brachial artery.
The diameter changes are expressed as the percentage change relative to the mean baseline value. A computer system performed automated tracing of echo interfaces and measures distances between the wall echoes within a defined section of the brachial artery. The diameter of the brachial artery is calculated in diastolic frames taken coincidentally with the R wave on the electrocardiogram at rest, 60 and 90 seconds after cuff deflation. The maximum diameter of these measurements compared with the baseline diameter is used for analysis. FMD is defined as the percentage increase in artery diameter during hyperemia, i.e., 100 x ([diameter after hyperemia – baseline diameter]/baseline diameter).
To assess endothelium-independent vasodilation, after a 15-minute rest, brachial artery scans are again obtained for 30 seconds and continuously for 5 minutes after the administration of 0.2 mg sublingual nitroglycerin (glyceryl trinitrate or GTN). GTN-mediated dilation is defined as the maximum percentage increase in vessel diameter after GTN administration. Images are digitally acquired and are evaluated offline with a dedicated software tool.
Watch our online seminar or download our fact sheet on flow mediated dilation to learn more about this exciting topic. 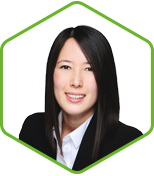 Are you planning a study?
Make sure to request your free project consultation now.

Showing the effect of a new compound on endothelial function is achieved using flow-mediated dilation (FMD) measurements. Profil has successfully applied this technique in clinical studies of diabetes, prediabetes and obesity treatments.