Read all about the role of pancreatic clamps in diabetes research.

At Profil, we have performed numerous clinical investigations using pancreatic clamp techniques, including studies of insulin-dependent effects of therapies. Our expertise with glucose clamp techniques and our in-depth knowledge of metabolic conditions make us the best choice to support you with your investigations.

The definition and applications of a pancreatic clamp

The term pancreatic clamp is commonly used to refer to a glucose clamp procedure involving intravenous somatostatin infusion. Administering somatostatin inhibits the secretion of insulin, glucagon and growth hormone, which leads to a transient lowering of blood glucose followed by an increase in blood glucose values to hyperglycemic levels after 1 to 2 hours, possibly resulting from a rise in endogenous glucose production and relative insulin deficiency. Terminating somatostatin infusion rapidly restores normoglycemia.
When combining a somatostatin infusion and a glucose clamp procedure, the suppressed hormones are usually replaced by an intravenous infusion of insulin and glucagon. In long-term experiments, growth hormone may also be administered. This setup can be considered a temporary substitution of the endocrine function of the pancreas, thus the term pancreatic clamp. The specific target clamp levels for the blood glucose are usually maintained by varying the rates of insulin administration and/or by means of a variable glucose infusion.
Specific modifications of the pancreatic clamp method can be used as a powerful tool to quantify the insulin-dependent, glucagon-dependent and glucose-dependent effects of therapeutic interventions. For example, it can be used to measure the insulinotropic or glucagonostatic effect of a GLP-1-derived drug or to test its efficacy at different glucose levels. Another scenario could be a study of the effects of a glucagon receptor antagonist on variables of glucose metabolism at different glucagon levels.
The design can easily be altered and combined with other methods such as stable isotope dilution techniques or indirect calorimetry to target endpoints such as the parameters of insulin sensitivity glucose infusion rates and derived endpoints, glucose turnover, lipolysis, hepatic glucose production and glucose disposal, or variables assessed by indirect calorimetry, like resting energy expenditure, carbohydrate or lipid oxidation.
Learn more about ClampArt, Profil's unique automated glucose clamp device, by watching a online seminar. 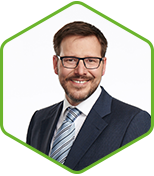 The term pancreatic clamp means the combination of a glucose clamp procedure with intravenous somatostatin infusion and can be used to discern the insulin-dependent, glucagon-dependent and glucose-dependent effects of therapeutic interventions. Profil Germany supports the full range of pancreatic clamp-based clinical trials.