The phases of preclinical and clinical trials

The entire process of moving a drug from design to clinical trials takes 10 to 12 years on average. Let’s take a closer look at each stage to better understand what goes into early clinical development and preparation for approval of a drug.

Deciding whether a drug is ready for clinical trials (the so-called move from bench to bedside) involves extensive preclinical studies that yield preliminary efficacy, toxicity, pharmacokinetic and safety information. Wide doses of the drug are tested using in vitro (test tube or cell culture) and in vivo (animal) experiments, and it is also possible to perform in silico profiling using computer models of the drug–target interactions.
Much like for clinical trials, there are certain types of trials that have to be done, such as toxicology studies in most cases, and other trials that are specific to the particular study compound or question. Understanding that the goal of preclinical trials is to move into the clinical stage is key and the studies should be designed around that goal. Watch our webinar on moving from preclinical to clinical trials.
Don't get too worked up on too many preclinical trials that may not be necessary but make sure to consult with experts who can help you decide, which trials you should do and if you are ready to move into clinical stage. At Profil we have a team of experts who can advice you on such questions and who will help you with the transition into clinical trials. Contact us to start the discussion.

Phase 0 involves exploratory, first-in-human (FIH) trials that are run according to FDA guidelines. Also called human microdose studies, they have single sub-therapeutic doses given to 10 to 15 subjects and yield pharmacokinetic data or help with imaging specific targets without introducing pharmacological effects. Pharmaceutical companies perform Phase 0 studies to decide which of their drug candidates has the best pharmacokinetic parameters in humans.

Phase I trials are the first tests of a drug with a small number of healthy human subjects. Patients are generally only used if the mechanism of action of a drug indicates that it will not be tolerated in healthy people – for example, if it induces pronounced hypoglycemia. They are primarily designed to assess the safety and tolerability of a drug, but the pharmacokinetics and, if possible, the pharmacodynamics are also measured.
The typical Phase I trial has a single ascending dose (SAD) design, meaning that subjects are dosed in small groups called cohorts. Each member of a cohort might receive a single dose of the study drug or a placebo. A very low dose is used for the first cohort. The dose is then escalated in the next cohort if safety and tolerability allow. Dose escalation is stopped when maximum tolerability and/or maximum exposure is reached.
SAD studies are usually followed by multiple ascending dose (MAD) studies, which have a very similar design, with cohorts and escalating doses. The only difference is that the subjects receive multiple doses of the study drug or placebo.
While safety and tolerability are still important endpoints, the multiple dose setting often allows first investigations of the pharmacodynamic effects in addition to the pharmacokinetics. Depending on the risk potential and the safety and tolerability revealed by the SAD study, many MAD studies may already involve patients rather than healthy individuals. That said, it is important to enroll a relatively healthy patient population with as few complications and concomitant diseases as possible.
Finally, food effect studies are often conducted to investigate the potential impact of food intake on the absorption of the drug. These studies are usually run as a crossover study, with volunteers being given two identical doses of the drug, one after fasting and one after a meal.

Phase II trials are performed on larger groups of patients and are designed to assess the efficacy of the drug and to continue the Phase I safety assessments. Most importantly, Phase II clinical studies help to establish therapeutic doses for the large-scale Phase III studies.
Phase II studies are sometimes divided into Phases IIA and IIB. Phase IIA is designed to assess dosing requirements whereas Phase IIB focuses on drug efficacy. The exact design of Phase II studies depends heavily on the compound's mechanism of action. A proof-of-concept study should be included in Phase II if it has not already been done during the MAD-study in Phase I. In addition, a treatment study with several different doses of the compound in comparison with a placebo and/or an active comparator over a treatment duration of 12 to 16 weeks is usually an essential part of the Phase II program.

Phase III trials are randomized controlled multicentre trials and provide most of the long-term safety data. Phase III trials investigate the efficacy and safety of a new drug over 6 to 12 months or longer in a large patient population (several hundred patients or more) under conditions that reflect daily clinical life much more closely than the Phase I or II trials and allow evaluation of the overall benefit-risk relationship of the drug. These trials are usually conducted on an outpatient basis with no in-house days and include an active comparator, at least in the case of metabolic diseases, because exposing patients to several months of placebo treatment would not generally be ethical. Because of their size and comparatively long duration, Phase III trials are the most expensive, time-consuming and difficult trials to design and run, especially in therapies for chronic medical conditions. Therefore, drugs that do not show promising results in Phase II are often not pursued in phase III. In fact, only 25-30 % of drugs in Phase II proceed to Phase III. Phase IIIA studies are used for the approval of the drug from the appropriate regulatory agencies (known as Pivotal study). The results of these studies are included in the submission package to regulatory authorities. Between submission and approval, Phase IIIB studies are often performed to obtain additional safety data or to support publication, marketing claims (label extension) or to prepare launch for the drug.

Most drugs undergoing Phase III clinical trials can be marketed under FDA norms with proper recommendations and guidelines through a New Drug Application (NDA) [1] containing all manufacturing, pre-clinical, and clinical data.

Drug-drug intervention (DDI) studies may be part of another large Phase 2 or Phase 3 study. However, the DDI program depends on DDI potential of the drug and should be discussed with appropriate authorities [2].

In addition, the U.S. Food and Drug Administration (FDA) issued a Guidance for Industry in 2008 defining pre-approval and post-approval requirements for the demonstration of cardiovascular safety for all new medications developed for glycemic management in people with diabetes mellitus type 2 [3].

Phase IV trials are also known as post-marketing surveillance trials involving safety surveillance (pharmacovigilance) and ongoing technical support after approval. However, not all Phase IV studies are post-marketing surveillance studies. There are multiple observational designs and evaluation schemes that can be used in Phase IV studies to assess the effectiveness, cost-effectiveness, and safety of an intervention in real-world settings. Phase IV studies may be required by regulatory authorities (e.g. change in labelling, risk management/minimization action plan) or may be undertaken by the sponsoring company for competitive purposes or other reasons. This could entail the drug being tested in a certain new population (e.g. pregnant women). The safety surveillance is designed to detect any rare or long-term adverse effects over a much larger patient population and longer time period.
To find out more about preclinical and clinical trials, we recommend further reading about the details of the various types of eraly stages trials. 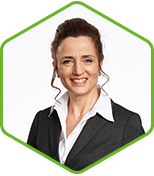